Local actress Nomzamo Mbatha has deactivated her Twitter account after a clip from her Instagram Live went viral.
During her Instagram Live over the long weekend, the “Coming 2 America” star was asked by one of her fans how to deal with heartbreak.
The user was alluding to her post on Twitter: “Not now. Not ever. Masego, Stop taking advantage of my silence and choice to be grateful through it all. Shake this can one more time and I’ll open it. @MapsMaponyane you made your bed. lie in it” last month after Maps Maponyane  shared a picture of him embracing another woman.
In the video clip, Nomzamo nervously laughs followed by her saying “don’t know her, what do you mean?” And then says “this is tough” followed by asking “what’s a heartbreak?
“Is it a mall? Is it a name of a street? What is it?”
She continues with the nervous laughter trying to evade answering the question and says she never “heard of her”.

KUBI . She made my night I loooovvvveee her 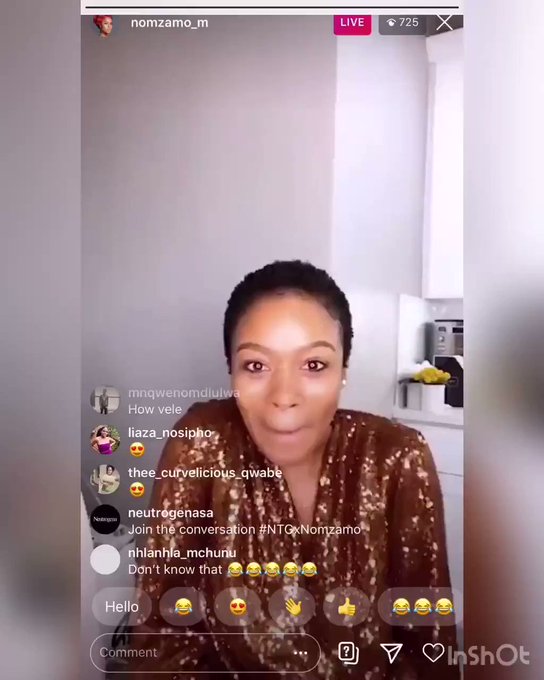 2,381 people are talking about this
Following the video making its way across Twitter, tweeps weighed in on the video citing how the rumoured relationship with  Maponyane  ended, resulting in her odd behaviour in the video.

The Moment you can’t deal with it clear shows the wound is still hurting.

The moment you act as if you’re strong and brave clear shows the heartbreak defeated you.

Live the reality of Life

20 people are talking about this

24 people are talking about this

47 people are talking about this

I don’t think she knows the answer to that question and laughter doesn’t sound real. She’s definitely still hurt and honestly that’s okay.

55 people are talking about this

47 people are talking about this
By Entertainment Reporter